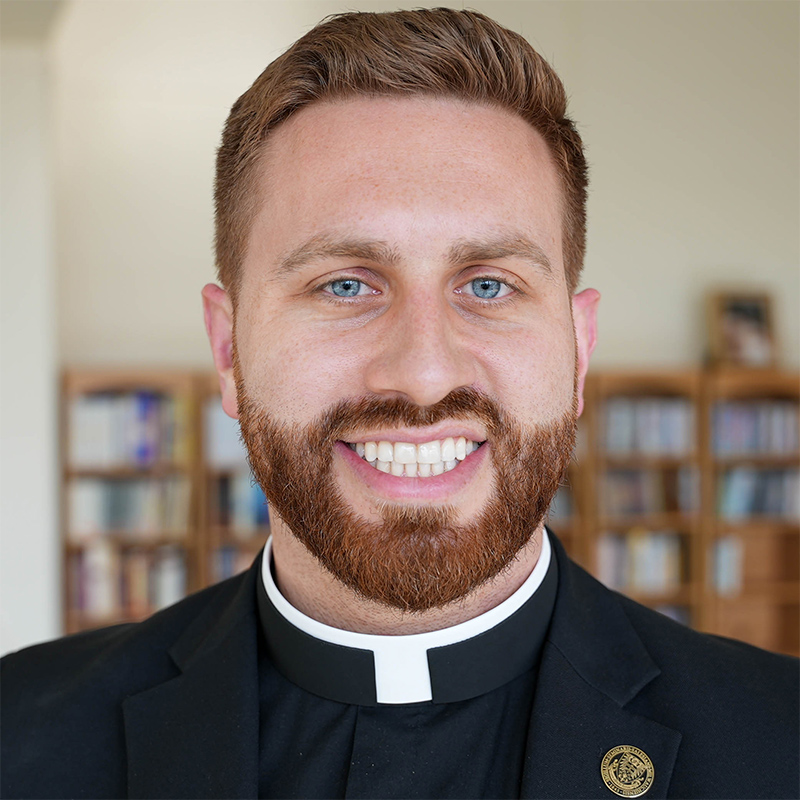 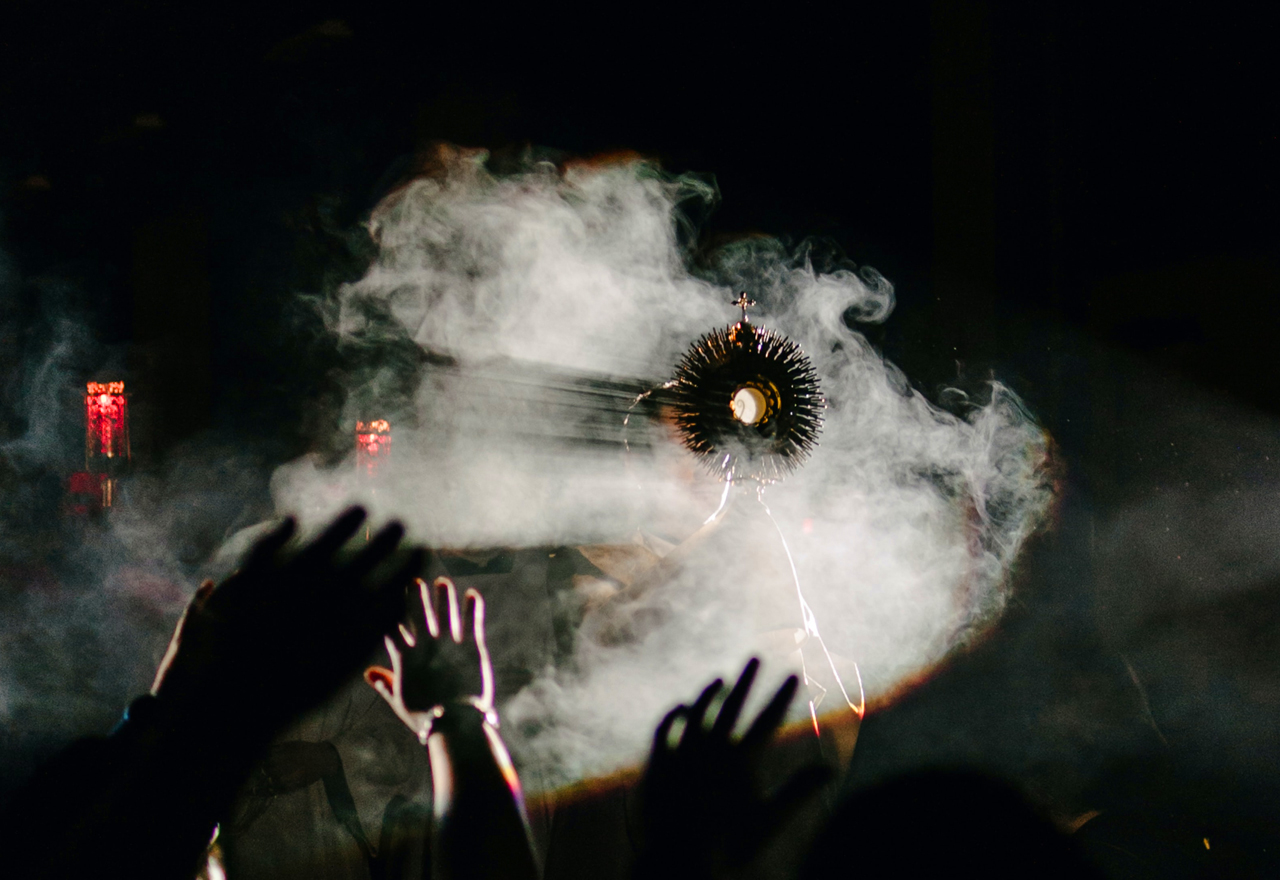 A billowing cloud of incense, tendrils curling steadily from a bronze censer, envelops the air in the cramped chapel of the Newman Center on the campus of UW-Milwaukee. As the priest elevates the monstrance containing our Lord in the Blessed Sacrament, a random scattering of the faithful bow and cross themselves in humble devotion. Incense obscures visions and distorts senses as this small gathering of people worship in adoration.

That night, like so many others, was initiated over ten years ago. In 2012, a couple of priests decided to make a commitment: every Wednesday—without fail—there would be a dinner, an hour of adoration and Confession, and an evening Mass at eight o’clock. It would be known as Cor Iesu. And without fail, for over a decade, this promise has been faithfully carried out.

In its earliest days, the response was quite underwhelming. One week there would be ten people, then six, then maybe twelve. But slowly, ever so slowly, it began to blossom and grow. Occasional attendees became regular devotees; friends began to invite friends and this small gathering on the fertile, mission territory of the east side of Milwaukee continued to grow.

Eventually, the group outgrew the homely chapel of the Newman Center and moved a mile away to one of the largest churches in the area, St. Robert Parish. There, Cor Iesu slowly plodded along, with neither a care nor concern for becoming anything more than an offering, an oblation if you will, to the people of the archdiocese, desperately hungering for the Lord.

It should not have worked. But then again, His “thoughts are not your thoughts, nor are your ways my ways”, says the Lord (Is. 55:8). Nobody is given a stipend; nothing is really scheduled. What began as a musician offering to play his guitar for adoration has grown into polyphonic chant from a schola of fifteen, organized by local musicians who practice on their own time. What began as one or two priests hearing confession has become as many as eight priests at a time, driving in from their own parishes, just to hear confessions and participate in Mass. What began as two or three at the discernment dinner has become as many as thirty who regularly come together to share in food and fellowship. It should not have worked and yet, it is in so many ways the dynamic heart of renewal in our archdiocese.

But we know why it is happening. It is because of him and him alone.

“Perhaps we are like the farmer who simply responded to the Curé d’Ars when asked why he so often frequented the chapel, ‘I look at him and he looks at me.’ ”

From the first hot and humid days in the stuffy chapel to the glorious celebrations today at the parish, the community around Cor Iesu has unwaveringly been devoted to adoring our Lord in the Blessed Sacrament. When everything else is obscured in this passing age, it is the look of the one who loves us that continues to provide strength and firm resolve. Why do we keep coming? Perhaps we are like the farmer who simply responded to the Curé d’Ars when asked why he so often frequented the chapel, “I look at him and he looks at me.”

But he sees what is happening to us. He sees our devotion, our piety, our patient determination as week after week, we come before Him in adoration. Before our Lord in the Eucharist, we can make of our lives an oblation, pouring out to him every wound, weakness, and worry.

A Place of Renewal

Cor Iesu is nothing more than the Heart of Jesus poured out for us. Like light in the darkness and the salt of the earth, he is the illumination and flavor that is so desperately needed in an existence that is increasingly dark, bland, and without verve. The first priests of Cor Iesu have moved on, replaced by others. The first of the faithful who darkened the doorsteps of the chapel have since gotten married, been ordained, or professed vows to our Lord in religious consecration. We will never know all of its fruit this side of heaven. But we do know this: it has been a place of renewal.

When asked why she decided to move to Milwaukee, one young woman said, “Because I heard I could find Jesus here.”

But sometimes, you can.