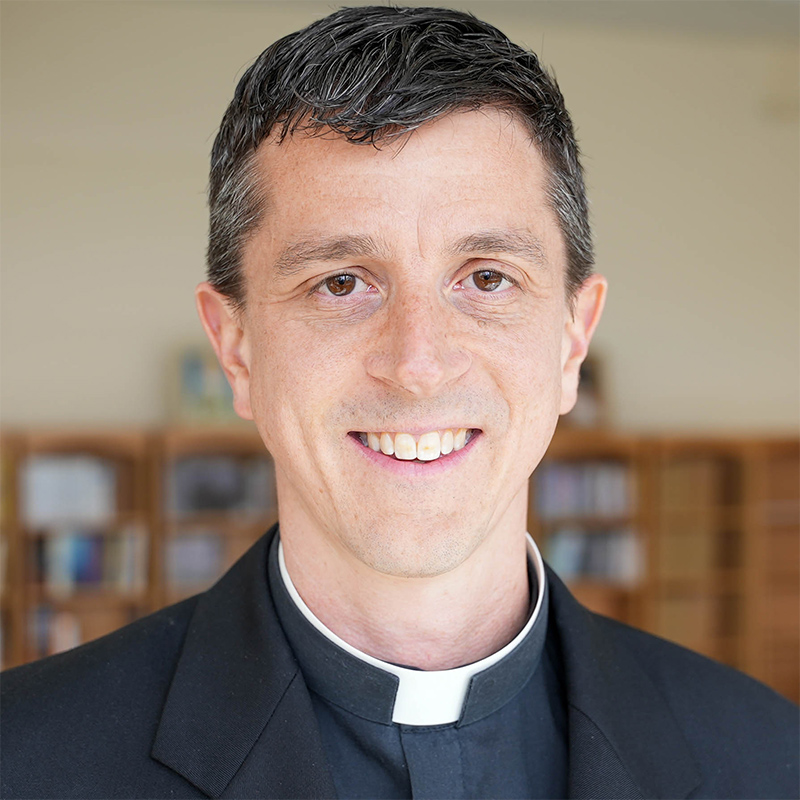 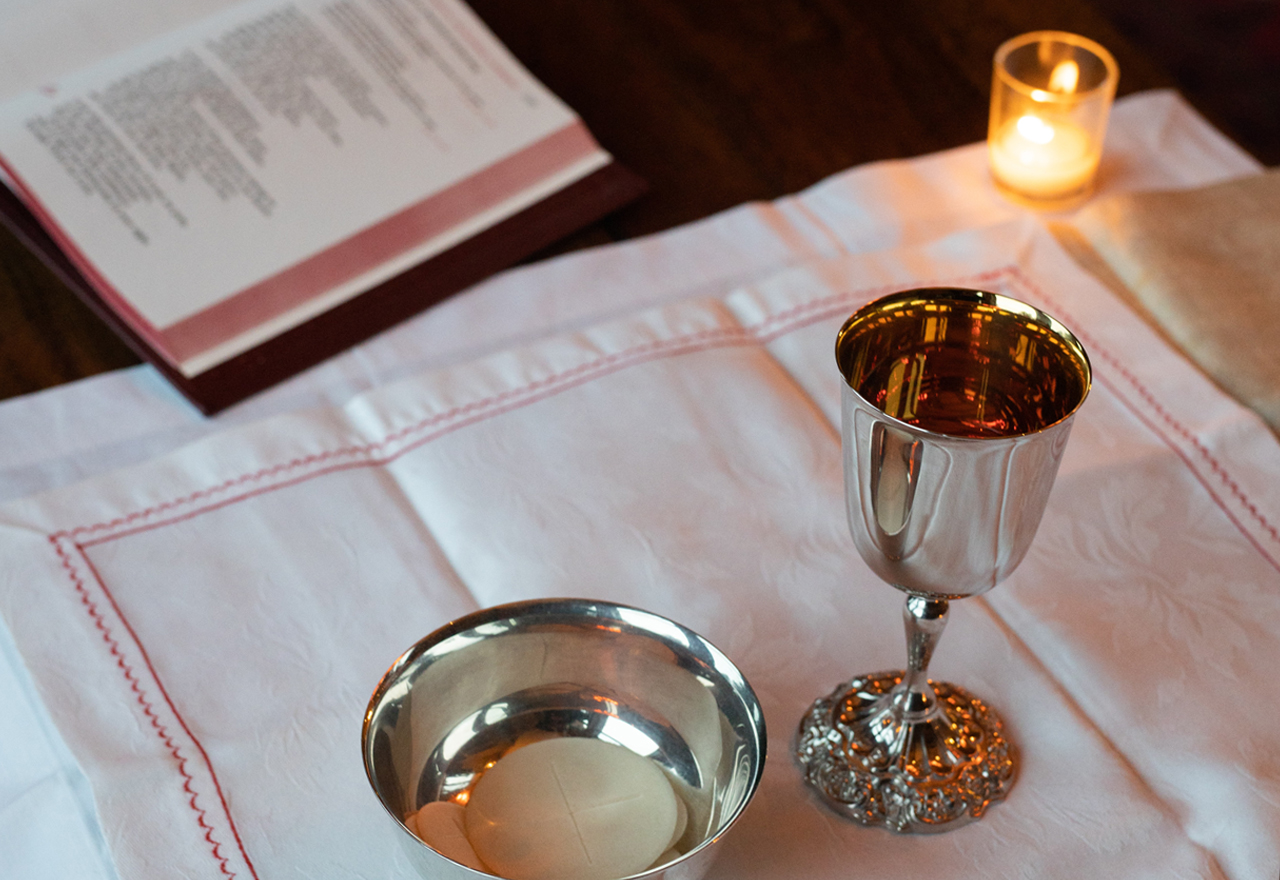 We passed the swans as well as the children feeding them, despite the prohibitive signs that encircled the lake. The late August sun bleached the London park. It seemed that the whole city was out on this late summer afternoon. My friend and I didn’t linger. We were on our way to adore the Lord of the universe, contained in the simplest of forms, a tiny host.

As we wald briskly to our destination, I wondered what my companion, a young businessman in his 20s, was pondering as we made our way to Eucharistic adoration at a Benedictine convent located right in the heart of the city and just a short distance from the site of Tyburn Tree. It was here over 400 years ago that more than one hundred English Catholics were martyred during the Reformation. My companion had invited some of his friends to join us for Mass in the Crypt of Tyburn Convent. It would be an immense privilege for us to offer Mass in this sacred place drenched in the blood of the martyrs.

At Tyburn on December 1, 1581, my Jesuit brother St. Edmund Campion was hanged, drawn, and quartered, having been convicted of high treason. Campion had spent the final years of his life evading priest hunters in order to keep the spark of Catholicism alive in England. Now, four hundred years after his martyrdom, I could freely walk about London in my Roman collar without fear. As we left the noisy London street and entered Tyburn Convent, I wondered what St. Edmund Campion would think about the situation of Catholicism today.

My friend and I knelt in silence before the Blessed Sacrament in the convent chapel. After a few moments, the sisters greeted us from behind an iron gate. “Come, Father! Everything is prepared for you in the crypt.”  The crypt contains the relics of 105 martyrs, along with paintings commemorating their lives and recording their deaths. The reliquaries adorned the walls of the crypt—a spot of blood here, a hair there. These relics obtained and passed down through generations of persecuted English Catholics surrounded us as we memorialized the great sacrifice of our salvation.

Around the table of the Lord, we let the faith of the martyrs enkindle our own. As I said Mass, I felt the power of their presence giving me courage to preach the Gospel, even though I couldn’t help but feel somewhat embarrassed comparing the difficulties I encountered in preaching the Gospel to theirs. I also felt grateful that their sacrifice of their lives for the faith had given me the grace to be both a Catholic and a Jesuit, and the opportunity to celebrate the sacraments today in freedom.

After Mass, we headed to a restaurant in SoHo for a meatless meal since Catholics in the UK observe meatless Fridays year-round. On the walk there, one of the young adults shared with me that he knows the chapels where the Blessed Sacrament is exposed for adoration in the city and that on his commute, he often will stop in various locations to pray. When we arrived at the restaurant, we gathered around the second table that evening, and conversation began. Our group ordered dinner, and while we ate, we shared with each other what had happened that day. Some reflected on the evangelical nature of being at the restaurant, as some of the Hindus who owned the restaurant invited us next door to pray with them. (We politely declined.)

Not wanting the evening to end, we decided to head to a pub in another part of town. At this third table, the social table, the conversation drifted, becoming more jocular and philosophical at the same time. What is your favorite virtue? Work of C.S. Lewis? Who is right about the nature of grace, the Jesuits or the Dominicans?

As I left the pub and the company of these young adults later that night, I could not help reflecting on how quintessentially Catholic this night had been. We had gone to adoration, Mass, observed a communal penance, had a delicious meal, and built friendship through laughter and theological speculation. The night had been successful because we began it on our knees in adoration of that mysterious Love which unites us. It reminded me that our identity is in the Eucharist.

As I finished my prayers that evening, I thought back to St. Edmund Campion, specifically his Brag. Knowing that Tyburn Tree was most likely in his future, he penned words to Queen Elizabeth I about how relentless he and his brother Jesuits would be in planting the faith in England:

“And touching our Society [of Jesus] (re: Jesuits), be it known to you that we have made a league—all the Jesuits in the world, whose succession and multitude must overreach all the practice of England—cheerfully to carry the cross you shall lay upon us, and never to despair your recovery, while we have a man left to enjoy your Tyburn, or to be racked with your torments, or consumed with your prisons. The expense is reckoned, the enterprise is begun; it is of God; it cannot be withstood. So the faith was planted: So it must be restored.”

The Eucharistic Revival underway in the Church in the United States is not mysterious. It simply calls all of us to put Jesus in the center of our lives—just like St. Edmund Campion and so many holy men and women who have gone before us. As Catholics, we do this primarily around three tables: first, and most essentially, the Eucharistic table, where, in the words of St. Augustine, “We become what we consume.” Second, the dinner table, where, as a domestic church, we first learn of the faith. Third, at the social table—the table of evangelization—where we bring our Faith into the world.

I think Fr. Campion would have enjoyed our evening.

Rev. Paul J. Shelton, S.J. is one of the National Eucharistic Preachers and regional vocation director for the Midwest Jesuits. To learn more about how to become a Jesuit visit: beajesuit.org.

[2] The idea of the 3 tables comes from the work of Fr. Dennis Recio, SJ. I have adapted its original meaning to describe how Jesuits gather to fit a larger audience. For the original idea, see: https://oyemagazine.org/articles/article-type/10/15/2012/come-our-table