When Eternal Life Takes Root in Us 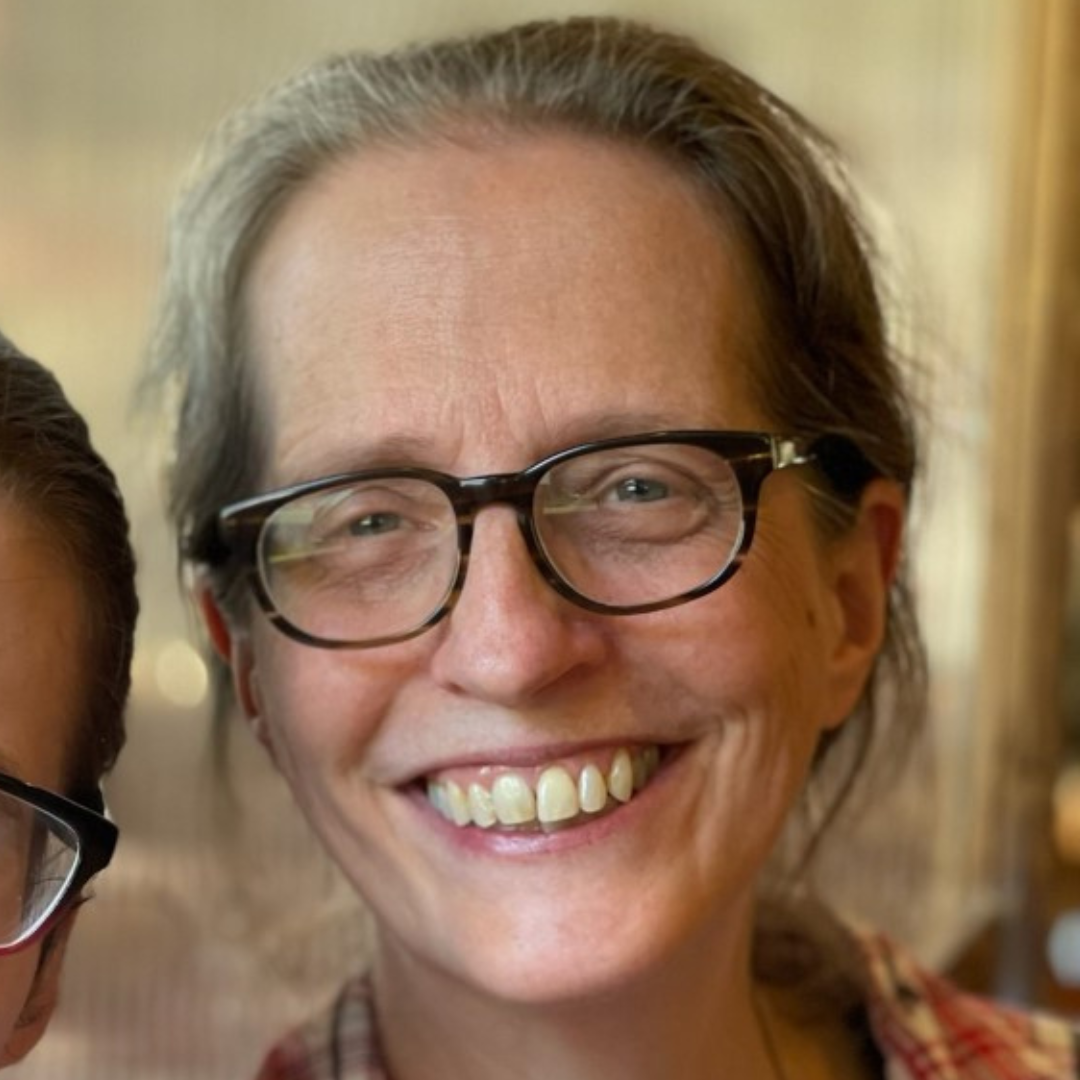 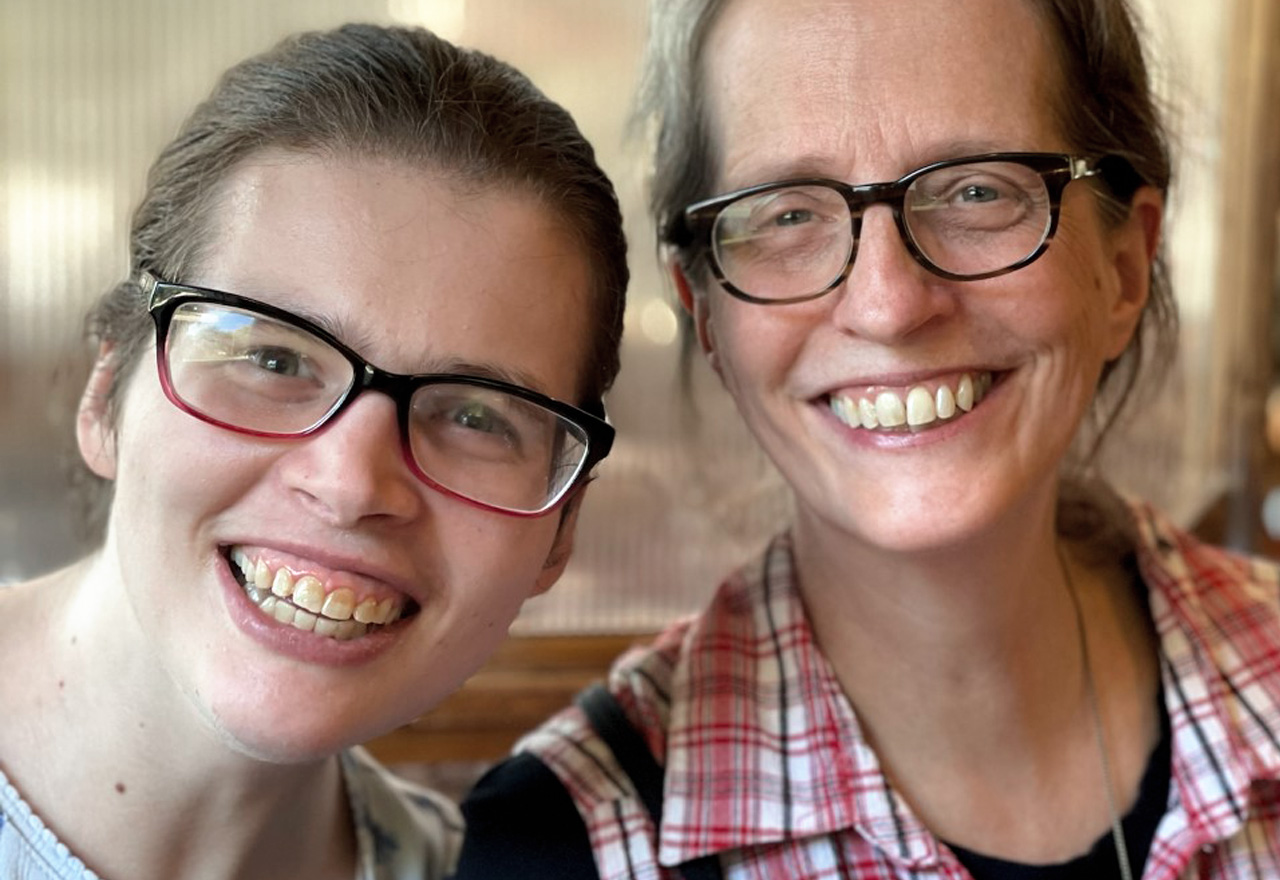 A gift. This is the only lens through which I will ever know my daughter Jenny: a total and utterly blessed gift.

Jenny was diagnosed at five years of age with Angelman Syndrome, a rare genetic neurological disorder characterized by developmental delay, intellectual disability, and severe speech impairment. Jenny knows few words and can communicate only a few key concepts in sign language. Yet, from the beginning of her life, this daughter of mine has been a channel of God’s grace for us. Thanks to her, my family and I return Sunday after Sunday to receive the Eucharist.

Jenny, our second child, was born in 1988, four years after my husband Ken and I were married. We were so excited to welcome our first baby girl into the family. However, the happiness of those first few months of her life gradually slipped into grey shadows of concern as she began to miss one developmental milestone after another. Because of swallowing difficulties, Jenny never took to the bottle. There were no first words, no first steps. The movements of her arms and legs were jerky and clumsy. Then came the seizures. All of these painful realities were carried by a child who showed so much love to everyone around her. To this day, Jenny’s happy disposition and her delightful, spontaneous episodes of laughter and joy attract others to her.

Without a diagnosis, however, we had no idea of what was happening to our daughter, and the uncertainty of those first five years of Jenny’s life left me feeling powerless and scared.

Without a Prayer Life, the Darkness Can Be Overwhelming

When I married, I converted to Judaism, my husband’s faith. Though we weren’t actually practicing, it was to Jewish spirituality that I first turned for consolation and courage. Not finding there the nourishment I needed, I tried to remember prayers I had learned growing up in the Episcopal faith. But again, I was left empty.

It would take me several years and a visit to a flea market before I would eventually discover Catholic spirituality. In that most unlikely of places, I found a St. Joseph Missal from 1962 for a dollar. I bought it, and in those pages I found the Hail Mary. Every day I prayed this gentle and quiet prayer to another mother whom I hoped would understand my heartbreak, and after several weeks I began to experience a peace that was different. It was something I couldn’t describe.

As an avid reader, I began to read every book I could get my hands on about Catholicism. After two years I came to the decision to become a Catholic and started attending Mass. I entered RCIA in 1994 at St. Mary Parish in Buffalo Grove along with Bradley, our son who was in grade school. The following year Jenny received the sacrament of Baptism along with Hank, the newest member of the family. Finally, after two years of preparation, Bradley was baptized and received first Communion on Easter, and I was received into the Church. My husband began coming with us to Mass during this time and was deeply touched by the parishioners kneeling in prayer before the Eucharist. Their personal witness of faith intrigued him, and in the fall of 2000 he was baptized and received into the Catholic Faith.

I believe God sees Jenny as he created her: perfect. We live in a broken world, and to many, Jenny’s strongest attribute is her brokenness. Jenny needs continuous assistance even to communicate. She has a severe expressive and responsive language disorder. She can be very aggressive at times and has high anxiety. She is mentally handicapped and suffers seizures which are currently under control with medication. When I’m with Jenny, though, it is her pure love that delights my heart, the complete trust she has in her family to provide for her, and the simple yet profound way she makes friends.

When I get to heaven, Jenny will be complete and beautiful as God has created her—as she has always been from the start. The veil will be removed from our eyes.

With God, All Things Are Possible

Jenny has been living in group homes since she was seven because she began to be very violent when Hank was born.

How I longed for weekends during those initial years when I would be able to play with Jenny and cook her favorite foods and just be with her. Those were weekends when my family would be together under one roof, living, loving, and praying together, and Sundays when we could bring Jenny to Church with us.

It was those weekends that planted in me the seed of determination to give my daughter the opportunity to receive Communion.

But how? My daughter knew only a few words and was capable of following only a few simple commands. We communicated through gestures. She couldn’t read a book. She couldn’t express what she knew or believed. Was there even a possibility that Jenny could be prepared for first Communion? When she was sixteen years old, I asked and was told no. Jenny’s severe learning disabilities and significant communication difficulties made this impossible.

Jesus Himself Opens the Door

Jesus longed for Jennifer when she still didn’t know how to long for him.

The first step was Father Denis Carneiro offering Jennifer the sacrament of the Anointing of the Sick. When I explained that Jennifer didn’t like to be touched and I wasn’t sure how she would react, I remember him assuring me, “No, Katie, it’s okay. It’s okay. It’s the Holy Spirit working. Trust me.” So, Ken and I brought her to Church one afternoon to receive this sacrament of healing. Jenny was indeed a little hesitant, but after Father anointed me, she allowed Father to anoint her. And it was okay.

These words then became the key for understanding Jennifer’s slowly developing inner spiritual relationship with God. Shortly after her Anointing, Father Denis asked if I had ever considered preparing Jenny for First Communion. He brushed aside the difficulties, and I remember him saying, “Let the Holy Spirit, through the sacrament of the Eucharist, speak to Jenny’s spirit.” I felt such an overwhelming joy flood my soul. After all the years of hoping and desiring that my daughter could receive Jesus in the Eucharist, it was now possible! It was a miracle and a resounding “yes” to my prayers for her.

I began to prepare Jenny for her first Holy Communion with little books on the Mass and lots of practice. She began repeating the word for “Jesus” in sign language over and over again. At Mass when the rest of us approached the altar to receive the Eucharist she would say, “I want! I want!” It was all coming together. Jenny was expressing her growing desire for Jesus in the only way she knew. It was evident through Jennifer’s manner and actions that she could distinguish the body of Christ from ordinary food. At a special Mass, Jenny, surrounded only by her family, at last received her first Holy Communion.

Jesus Desires Us Even More than We Desire Him

From that moment on, my daughter’s behavior at Mass seemed to change. As my husband and I watched our daughter, it seemed that the Spirit was communicating to Jennifer in a very quiet way, giving her spiritual gifts that she had no way of communicating to us.

Ever so slowly, so gently, we saw her begin to participate more. Jennifer loves to sing, although her “singing” consists of following the general pattern of the notes of the music rather than actually vocalizing words and notes. To this day when we sing the Alleluia, Jenny faces me, mimicking the position of my mouth as I pronounce the syllables. As her breath mixes with mine and mine with hers, I can’t help but realize the very spiritual nature of this act.

Jenny loves it when the assembly sings the Our Father together because she can’t speak the prayer. In her own way, she can follow along with the tune. Singing is a way for her to connect, to stand up and connect with the community through the prayer that Jesus taught us. She doesn’t understand what is happening, but at some level, she is participating.

I can’t “teach” Jennifer much, but I can help her show up at Mass and be present to the Spirit who is quietly, mysteriously, amazingly working within her soul. It was Pope Benedict XVI who said that it is through faith that eternal life takes root in us. Faith in some way draws the future into the present. Faith changes the present because it is touched by the future reality (cf. Benedict XVI, Spe Salvi, no. 7).

We Will All Be Whole

My mother was recently diagnosed with Lewy Body Dementia. Now she is rapidly losing her cognitive and physical abilities. I keep telling her that we will all be reunited in heaven. As a daughter, it is difficult to see my mother struggle with the fear and anxiety that comes from this disease.  I share with her our belief that Jesus is with her and he tells us not to be afraid. “This suffering is part of the brokenness of the world we live in. We will all one day be reunited,” I assure her. “We will all be whole. You are still my mother even though you are losing your ability to communicate with me. I will always, always be your daughter.”

Why I Love the Eucharistic Prayer

During the Eucharistic Prayer, for a few moments in this crazy world, my heart is uplifted. It is one with all the angels and saints in the worship of the Father, reunited with my loved ones who have gone before me. I want Jenny to be a part of this in whatever measure she can.

In a private audience with a group of children with disabilities and their families on the International Day of Disabled Persons in 2022, Pope Francis stated, “Every man and every woman, in fact, in whatever situation they find themselves, is the bearer not only of rights that must be recognized and guaranteed, but also even deeper demands, such as the need to belong, to relate to others and to cultivate spiritual life to the point of experiencing its fullness, and to bless the Lord for this unique and wonderful gift” (Pope Francis, address to a group of disabled people on the occasion of International Day of People with Disabilities, December 3, 2022).

Ultimately, my desire for Jenny to receive Communion flowed from my own experience of feeling intimately connected to Jesus in the Eucharist. As a Catholic, I believe that Jesus is truly present in the Eucharist. This is our greatest treasure! I wanted Jenny to have this treasure of Jesus in her heart.

What a long journey this has been. It hasn’t been easy. I encourage all mothers whose son or daughter has a disability: if you desire that your loved one be able to receive Jesus in the Eucharist—or they indicate this desire themselves—pray on it, reach out to your parish priest, keep going to Mass, and, most importantly, trust in God to answer this desire. He will.