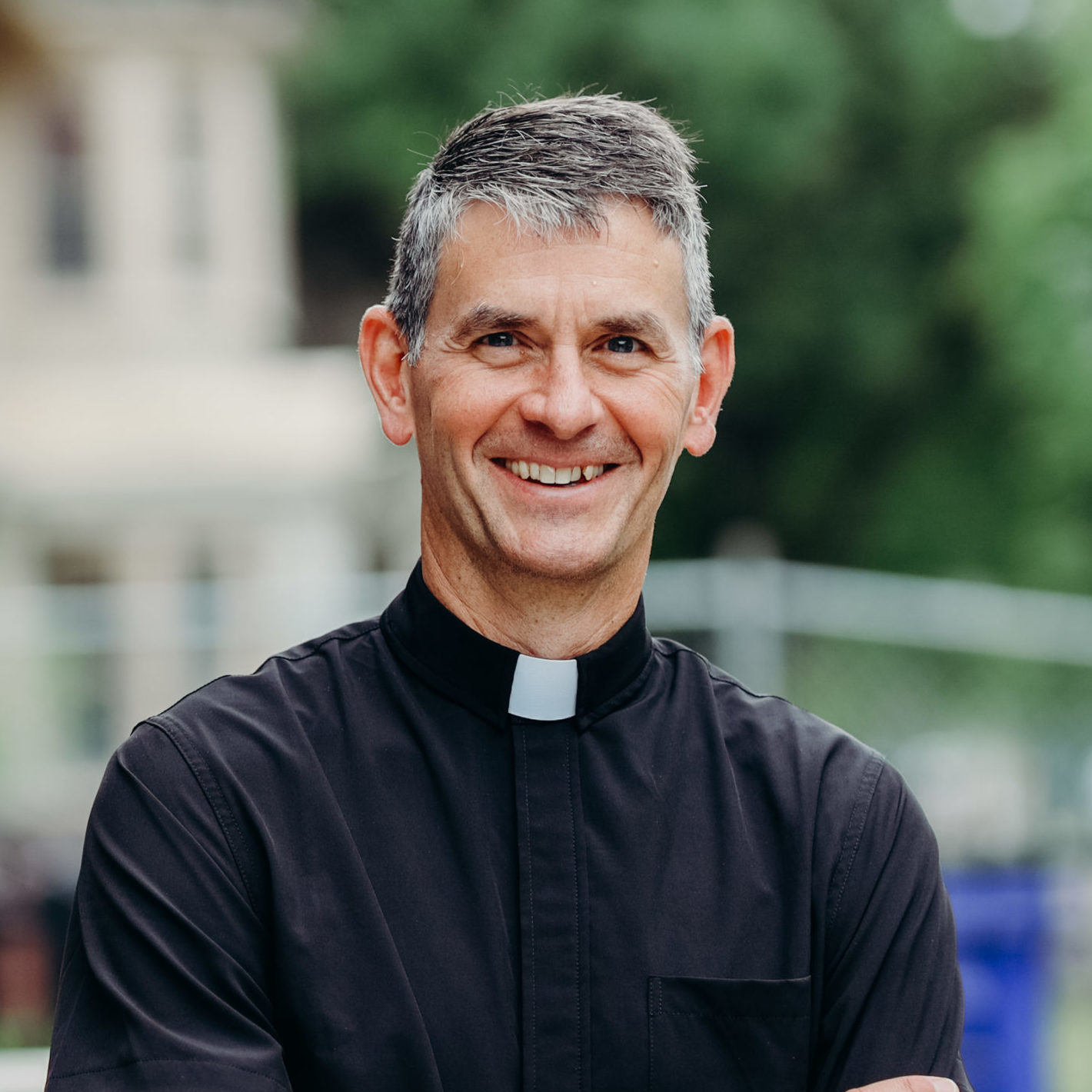 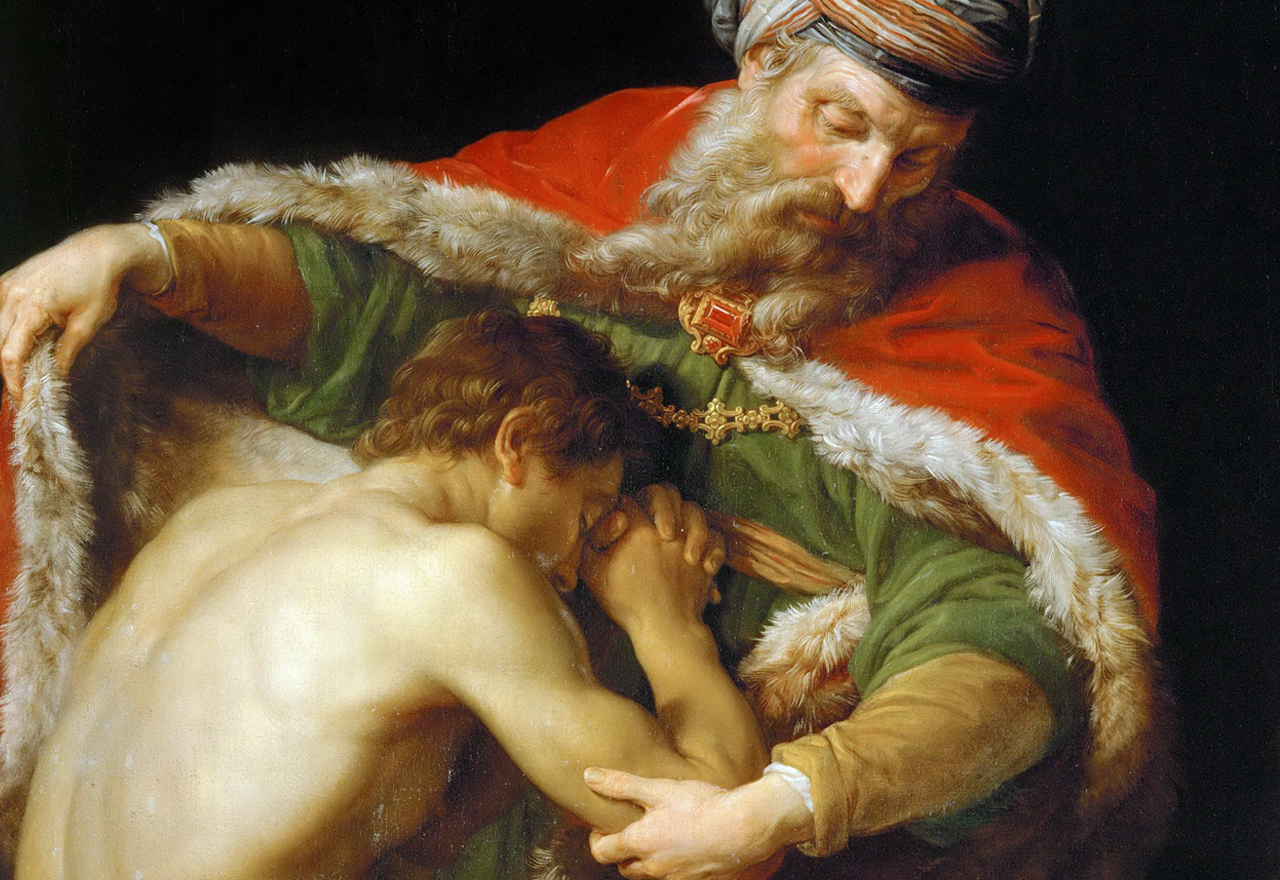 Imagine you’re in line for Communion this Sunday and suddenly you see Jesus standing in front of you, offering you his Body and Blood under the appearance of bread and wine. As you stand there, startled like never before, he asks you a question: “Do you understand why I’m doing this? Do you grasp why I’m giving you myself?”

This is a scene and a question I’ve been reflecting on often of late. Put another way, we might ask, “Jesus gives himself to us in the Eucharist in order to…what exactly?”

“He gives himself to us because love wants union, and God is love.”

To be sure, there are a number of answers to that question, but three especially come to mind. First, he gives himself to us because love wants union, and God is love (which is so much more than saying God is loving!). This is amazing! The Creator of a universe that is 90+ billion light years across, infinitely happy and lacking in nothing, wants us. Far more than any husband and wife desire each other, God desires…us! Me! You! God is a “mad Lover,” as St. Catherine of Siena used to describe him! One reason, then, why Jesus gives himself to us is because he wants to unite us to himself and overwhelm us with his love.

Second, Jesus gives himself to us in order to give us grace. What’s grace? Grace is one of those words we hear tossed around all the time but perhaps don’t really grasp. Now, we could write entire books on this topic, so let me simply touch on one way the Lord has helped me to better understand this wondrous reality. Years ago, as a young priest, I remember talking to the Lord, asking him to help me better understand this word. As I sat there before him in the tabernacle I felt like I heard him say to me, “Grace is power, John, supernatural strength, like ‘spiritual steroids.’” As a man who loves sports, this was immediately helpful. Steroids are illegal in athletics because they give an athlete an unfair advantage, a strength they otherwise wouldn’t have. Athletes often take them because the desire to win is so strong. Well, God wants you and me to win—to win the only game that matters: life. And “winning” means becoming more and more like Jesus. But I can’t do this on my own, I’m not strong enough. So, God gives me help, power, and supernatural strength. Who doesn’t want to be stronger? A second reason, then, why Jesus gives himself to us is because he wants to help us become the men and women we desire to be, to be truly great, to love as he loves.

Third, Jesus gives himself to us in the Eucharist because he wants to make our hearts more and more like his own Sacred Heart. The Parable of the Good Samaritan is ultimately about Jesus; he’s the Good Samaritan. The man lying in the ditch, beaten, unconscious, and naked is the human race. Our first parents were deceived in the garden those many, many years ago now by the one Jesus calls “the ruler of this world.” This creature was once a good angel, but out of envy of you and me and the plan God has for us to share in his own divine life, rebelled against God and deceived our first parents into selling our race into slavery to powers we can’t compete against. Those powers are sin and death. As a result of the event that we call “the fall,” our race, like the pilgrim in the parable, was left half dead in a ditch, utterly unable to save itself. But when the Samaritan sees the man in the ditch, his heart is wrenched open (which is a much better translation than “moved with compassion”) and rescues him. This is why the Son of God became a man. His heart—God’s heart!—was “wrenched open” over our dire situation. Jesus came to wage war against “the ruler of this world,” and he defeated him by his Cross and Resurrection. And we are now no longer slaves to sin and death. We have been rescued! A third reason, then, why Jesus gives himself to us in the Eucharist is so that our hearts might become more like his heart. In other words, he wants my heart to be “wrenched open” at the sight of those around me who are, as it were, lying in the ditch that is life apart from God.

These thoughts about the Eucharist are some of the things that are found at the conclusion of a new video experience from ACTS XXIX called “The Rescue Project”—our response to what we consider to be the single most urgent evangelistic task: a compelling proclamation of the Gospel. This experience is intended primarily, though not exclusively, to be watched in small groups. Those groups might meet in parishes, homes, work, school, prisons—anywhere, for that matter. It’s for people who have been going to church all their lives, as well as for people who have never even heard the name of Jesus.

Deeply convinced that “the gospel is the power of God for salvation” (Rom 1:16), “The Rescue Project” has a threefold goal: to overwhelm, move to surrender, and mobilize for mission. More specifically, we pray that as a person makes their way through the experience, they will be provoked in a new way to consider who God is, why he made the world, why everything is so messed up, and what he’s done about the mess. We pray that as a person is provoked by Jesus’ defeat of the powers of sin, death and Satan, he will invite the Holy Spirit into his life to enable him to surrender to God, either anew or for the first time. Finally, we pray that a person, after having been overwhelmed and moved to surrender, will understand more clearly the mission Jesus has entrusted to his disciples and be eager to use her gifts and talents to continue the work that Jesus began on Easter Sunday and which he will one day bring to a thunderous conclusion when he returns in glory, creation is released from her groaning, and all things are made new.

“The Rescue Project” can be found in its entirety free on our website, www.rescueproject.us, where you can find resources for participants, facilitators, and administrators.

Let us pray deeply for one another and the whole Church in this time of Eucharistic Revival. May the Holy Spirit give us an ever greater understanding of what Jesus is desirous to do when he offers us his own Body and Blood. May we be overwhelmed by his love, strengthened by his grace, and given an ever greater share in his Sacred Heart to go and rescue others from the nightmare that is life apart from God.